Captures with a king 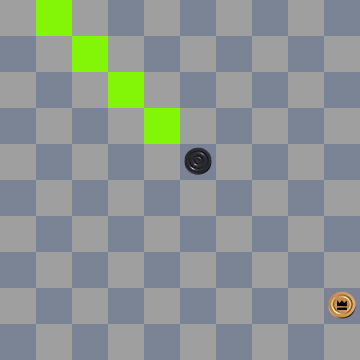 A king can capture a piece on the same diagonal line when there are no pieces between the king and the piece to capture. The square immediately behind the piece to capture has to be vacant too. The king can land in one of the empty squares behind the captured piece as long as there are no piece between the field and the captured piece. 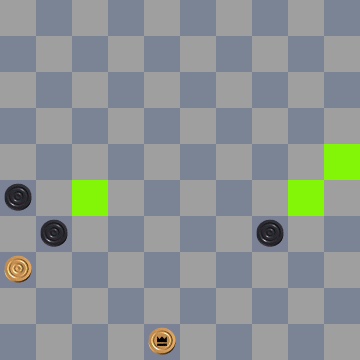 Captures of and captures by a king do not have precedence above captures by or of men. In the diagram above white van chose how to capturer.