The end of the game

A game is lost for the person that is to move when he has no valid move to play. This often happens when a player has no pieces left, but it can also happen when the player has many pieces left. In the diagram below the position is lost for black. 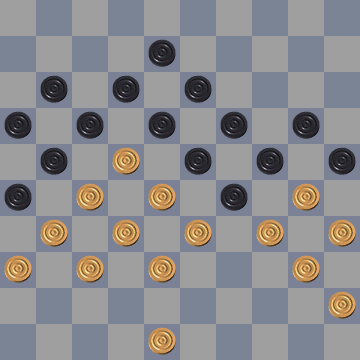